The Story of the Pineapple, A Symbol of Hospitality & Warmth

Even among native people of the Caribbean and South American regions the pineapple was viewed as a welcoming symbol among them. This beautiful fruit with its coarse skin and crowning leaves that yielded a remarkably sweet taste earned it a special place at meals and came to symbolize a meaning that transcended all cultures throughout history. The Pineapple is universally regarded as — welcome. 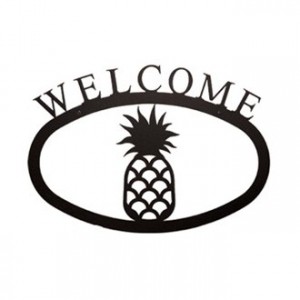 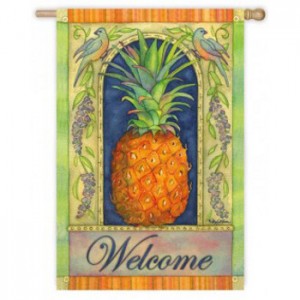 Europeans first tasted the Pineapple after Columbus’s second voyage to the New World landed in today’s Guadeloupe. Its exotic shape and extreme sweetness became somewhat of an obsession for European courts as they attempted to develop a process to grow the fruit on their own. It took nearly two centuries for them to develop a successful technique of growing pineapple. Meanwhile, the European aristocracy was the only class able to obtain pineapple after such a long journey across the Atlantic, usually preserved as a candy or jelly. A whole, uncut pineapple was even more elusive as they’d likely rot during transport. Pineapple was considered such a delicacy that monarchs, most notably, England’s Charles II, held one while having his portrait painted.

Delivering pineapples from the West Indies to the American ports along the Atlantic seaboard was not easy before the steam engine. The journey was long, frequently hampered with bad weather, and the humid conditions often spoiled the fruit before it arrived. Due to this relative scarcity of the popular and sought after delicacy, the pineapple took on more than one meaning. For those in the maritime trades, especially for sailors, an intact pineapple signified a successful journey and they often displayed the sturdy fruit in front of their homes to let others know they arrived safely and were accepting visitors.

In colonial America the pineapple also maintained its warmer, more hospitable meaning. As the early Spanish explorers learned — that by leaving a pineapple at the edge of a native village they were greeted with a welcoming reception — this symbolism continued into the colonial era. While the fruit delighted the European-descended settlers with its exotic appearance and sweet taste, the meaning of the pineapple veered away from a symbol of prestige. The pineapple, due to its scarcity in North American markets, was often the crowning piece at feasts, even demanding its own pedestal at the table. Southern planters showcased the pineapple in the architecture and décor of their estates as well as their meals when hosting events. Up and down the seaboard, the pineapple became the symbol of ‘welcome’. Visiting homes and hosting dinner parties were the primary entertainment in those days and guests we made to feel especially welcome when they found a pineapple featured in the meal, first as a decorative piece then served as the dessert. Overnight guests were given rooms where the doors, borders, and bed posts were adorned with carvings of pineapples. 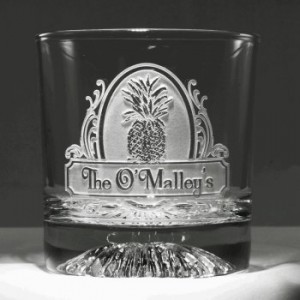 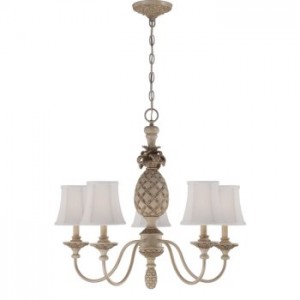 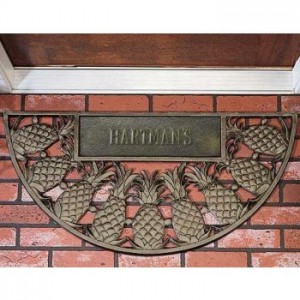 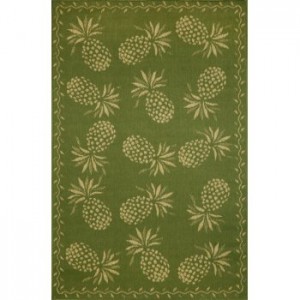 To this day, the pineapple signifies hospitality despite our modern reality of a quick drive to the grocery store for pineapple in cans, freshly sliced, or even whole. Pineapple decor is a common theme in beach/coastal homes. Whether it’s a part of the guestroom, a dining set, or the central theme throughout many homes and hospitality venues, the Pineapple is the established symbol for warmth, hospitality, and ‘welcome’ throughout the world.

This entry was posted on Thursday, August 15th, 2013 at 7:46 pm and is filed under Coastal Living. You can follow any responses to this entry through the RSS 2.0 feed. You can leave a response, or trackback from your own site.