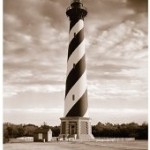 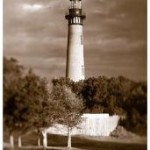 The Currituck Beach Lighthouse stands on the northern tip of the Outer Banks.  It was built as the last four lights along the Virginia Beach area to the north.  It is still in use today emitting short bursts of light to warn vessels of the rocky coast. 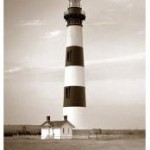 The Bodie Island Lighthouse is nicknamed ‘Body’ Island Lighthouse.  According to folklore, this grim moniker comes from the amount of bodies that washed up on the island from shipwrecks.  Good thing they finally built a lighthouse there in 1848.  One of its distinctive features are the 22 foot tall horizontal black stripes climbing the tower. 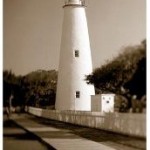 The oldest Lighthouse still in continuous service is on Ocracoke Island.  Built in 1823, this lighthouse sits on a stretch of land off the Outer Banks and was used as a hideout by the infamous pirate, Blackbeard. 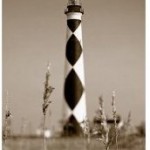 Cape Lookout is the first lighthouse built on the Outer Banks.  The current tower was constructed in 1859, serving a vital role in the Civil War.  It is still in use today and the only lighthouse operational during daylight hours.  Cape Lookout is accessible only by boat so be sure to look into ferry schedules. 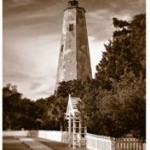 On Bald Head sits the oldest standing lighthouse in North Carolina.  Old ‘Baldie’ is a different structure, more of octagonal shape without the typical black and white coloring.  The original lighthouse was built in 1795 to warn sailors of the treacherous shoals at the mouth of the Cape Fear River.  The current structure was built in 1817 and although it’s no longer in use it is a tourist destination. 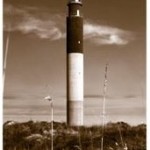 And finally there’s the ‘baby’ of North Carolina’s lighthouses – Oak Island Lighthouse.  This structure was built in 1958 and still maintained by the Coast Guard in conjunction with the local beach community.  Its light can be seen up to 24 nautical miles in darkness.

For those seeking a relaxing vacation then look no further than coastal North Carolina.  Between the world-renowned Outer Banks or the Inner Coastal Waterway there’s plenty of beach to explore and appreciate.  There are pieces of history dating back to the colonial era, the Civil War, Kitty Hawk, and beyond that line the entire North Carolina coast all dotted with these lighthouse treasures.

As well as being destinations for tourists and history buffs, the lighthouse represents a symbol.  The lighthouse is a beacon, lighting the way for travelers and wanderers or anyone else who yearns to return home. 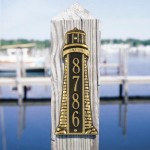 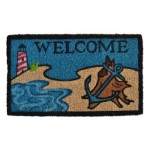 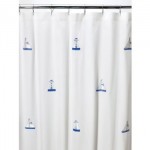 For those fortunate enough to call the beach home, whether it’s full time or just part of the year, a lighthouse décor scheme is an understated and classy look for a beach home.  For those just visiting, lighthouse gifts are a perfect to either commemorate your trip or to pass on your experience to someone you care about.

This entry was posted on Tuesday, October 1st, 2013 at 9:16 pm and is filed under Beach Travel. You can follow any responses to this entry through the RSS 2.0 feed. You can leave a response, or trackback from your own site.