A La Crema Kind of Saturday 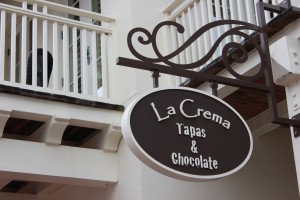 Last weekend, we had a friend come visit from Charlotte who hadn’t been here since Spring Break in college, so naturally she wanted to visit parts of the area, with a lesser interest on guys.  So we decided to make the roughly 35 minute trek from Destin to Rosemary beach via the infamous route 30-A (which will be featured in future posts).

Though we haven’t been fortunate enough to have any encounters, it’s rumored that the unincorporated town is a favorite of Hollywood stars and starlets. As you make your way into town you will notice the clean, crisp look of a European inspired village, with awe-inspiring architecture and cobblestone streets. Small shops with living quarters above them line both sides of the main strip that runs perpendicular to 30-A.

When you are fortunate enough to stumble upon a place to park, making your way in and out of the boutique shops and restaurants is sure to be an experience that you won’t regret. We strolled the street and stopped in at La Crema and which is a boutique restaurant known for its decadent desserts.

With a pitcher of sangria and a few beers for the fellas on the table we poured over the menu that included some standouts like chocolate covered bacon, chocolate molten cakes, chocolate soup and more. Being around 3:30 in the afternoon we chose to eat light and ended up with the simple grilled cheese from the kids menu and the OMG Espresso Cookie. Both highly recommended!

So next time you’re passing near the Emerald Coast, make sure to stop into Rosemary Beach and be sure to grab a table outside at La Crema! 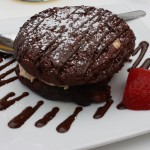 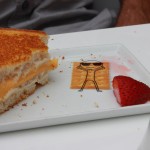 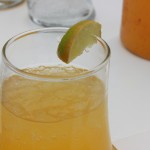 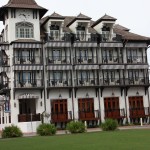 This entry was posted on Tuesday, August 27th, 2013 at 3:06 pm and is filed under Coastal Living. You can follow any responses to this entry through the RSS 2.0 feed. You can leave a response, or trackback from your own site.