Beach Decor Shop is all about adding that special touch to the decorative style of your beach home. Among the many other beach-themed pieces that we offer, two home essentials that will go a long way in establishing your desired look are nautical table lamps and pillows. Obviously pillows aren’t only used as a soft cushion for your head. They’re a vital component in accentuating whatever look and feel you’re striving for in a room, home, or outdoor setting. And lamps aren’t merely for lighting either. The design and style of lamps support the tone of your beach home. 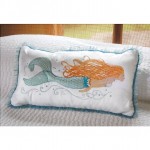 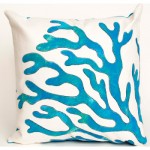 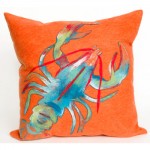 END_OF_DOCUMENT_TOKEN_TO_BE_REPLACED

What does the Anchor Symbol stand for?

The seafaring culture has been a part of human history since the beginning.  Ancient fishing villages grew into coastal towns that became commercial havens which inevitably mixed together cultures that otherwise would never connect.  Those coastal towns evolved into huge port cities, depositing both people and goods from around the world on those shores.  A number of symbols have emerged from all that progress and history, many taking on more than one meaning over the centuries.  Symbols derived from seafaring constants such as the compass, the lighthouse, and the anchor are just a few.

One of the first symbolic meanings behind the anchor dates back to early Christianity. In order to avoid notice from their Roman oppressors, many Christians used the rudimentary symbol to identify and communicate with one another as it bore such a close resemblance to a cross. END_OF_DOCUMENT_TOKEN_TO_BE_REPLACED